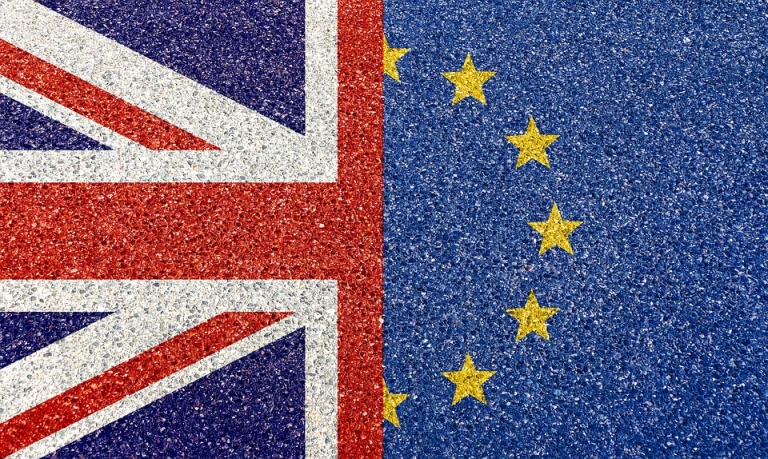 For readers who enjoyed the Yummy Mummy Recession Cookbook, I bring you an equally tragic volume, the Desperate Post-Brexit Cookbook.

Brexit has been a disastrous chapter in our political history, a combination of indecision and arrogance. We thought that we could dictate terms in our old colonial way only to discover the rest of Europe agreed that we should be put in our place. Not to mention our shambolic political leaders and legislators. But enough of this.

If all goes as predicted/hoped/decided by a coin toss, in March 2019 we’ll be curing our sick with leaches and eating dog food due to customs hold-ups at Dover. Fear not, you too can create dishes that approximate the European favourites you once enjoyed but can’t now to due lack of ingredients.  Not to mention using garlic next year will mark you out as a fifth columnist or Remainer.

So what can you do? Create these simple dishes that carry a hint of the cuisine of yesteryear but use thoroughly English ingredients.

When a heartwarming Ragu is a bit of a struggle due to lorry blockade at Dover you have to dig deep into your culinary imagination.

Bolton is famous for the Pasty Parm, a hideous sounding Trainwreck involving a bread roll stuffed with a meat and vegetable pasty.

In the spirit of putting Britain first, you will need to subjugate the filthy foreign spaghetti under a pasty crust. So buy some British made Alphagetti Spaghetti and take out the following letters I-T-A-L-Y

Then grab some readymade shortcrust pastry and form pasties which you fill with the edited Alphabetti Spaghetti. Bake for a bit and then serve while muttering Carluccio under your breath.

Buy some economy frozen chicken portions as fresh Volailles des Landes will be banned. In the absence of a decent red burgundy look closer to Vauxhall for a South London bitter like Fuller’s IPA.

Brown the chicken in lard as lardons will be on the prohibited food list. Add whatever fresh vegetables have got post the blockade, and top up with beer.

Cook slowly until hunger overtakes patience. Wash down with a fruity 1990s Gaviscon.

In our post-Brexit world, nothing save genital herpes will be less welcome than the word Brussels. Why not create a humorous, very different take on pate?

Take some British chicken livers and fry them with Brussel sprouts or English sprouts as we will have to rename them. Blend into a slop (the word purée will be banned as foreign) chill and serve with toasted white bread. Baguettes are on the prohibited food list.

As Cleethorpes is a coastal town you can go wild and marry English herring from nearby Grimsby, with chicken. Boil the fish and chicken for a couple of hours in a salty stock flavoured with tea. Serve to relatives you particularly hate.

Moule will be another illegal word post-Brexit as will imported shellfish. So collect your mussels near to a sewage waste outflow to ensure extra plumpness. Then sweat some English onions NOT shallots in a pan and add the mussels and a slug of English wine. So far so good.

As Middlesbrough is famous for Parmos you can imagine what’s coming next. Remove the excellent mussels from their shell and cover with a white sauce. Finally top with English Cheddar and grill.

Controversial and acidic was how the famous football manager was described. Now you can enjoy these qualities in a young wine from Nottingham. It has been described by Decanter magazine as “Truly appalling. Acidic with a lingering afterburn. Smells like catfood and old socks.”

So dear reader, it’s time to stockpile Cassoulet and as many other European delicacies as you can lay your hands on. I’m off to Valencia to take some photographs before the UK raises it’s mental drawbridge and returns to the 1950s.

Brexit: The undefined being negotiated by the unprepared in order to get the unspecified for the uninformed.

My guilty secret. I am a young female archiologist